The Early History of Orthodontic Treatment

Today, orthodontic treatment is a normal part of life. Whether you go for more traditional types of braces or more innovative forms of treatment like Invisalign, straightening your teeth has become a common practice. But it wasn’t always that way.

Modern braces weren’t officially invented until the 1700s. However, people have been experimenting with the concept of orthodontic treatment for much longer. As far back 400 B.C., aspirational orthodontists have been tinkering with the idea of moving teeth to improve smiles and fix jaws, beginning in Egypt. 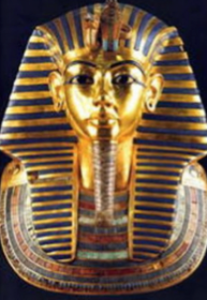 Over the years archaeologists have found the mummified remains of many different cultures affirming the early practice of orthodontic treatment.

For example, in Egypt mummies have been discovered with bands and cords wrapped around their teeth (which researchers believe demonstrates and early attempt at closing gaps between teeth). These cords were made from animal intestines called “catgut” and ran along the mummies’ teeth in the same pattern that the archwire of modern braces do.

More examples of ancient attempts at orthodontics can be found all over the globe. In Rome, for instance, remains of teeth bound with gold wire (documented as “ligature wire”—a small elastic wire that affixes brackets to archwire) have been uncovered.

Additionally, texts from the famous Roman philosopher Aulus Cornelius Celsus describe the first recorded orthodontic treatment of applying finger pressure to teeth to move them slowly. Not exactly today’s braces or Invisalign, but a sign of forward thinking nonetheless.

In the 18th Century orthodontics took its first great leap forward, becoming more practiced science than theory. French dentist Pierre Fauchard published his book on teeth-straightening methods “The Surgical Dentist” in 1728, thus crediting him with the invention of modern orthodontics. 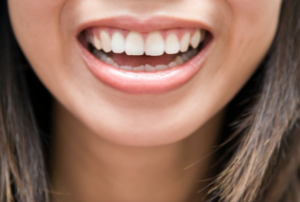 One method he became well known for was the utilization of a device called the “Bandeau.” This tool was a horseshoe-shaped piece of iron that Fauchard used to help expand the oral arch of his orthodontic patients and, ergo, help straighten their teeth.

Later that same century another French dentist by the name of Louis Bourdet (official dentist to the king of France) wrote a follow-up to Fauchard’s book called: “The Dentist’s Art.” Bourdet built on Fauchard’s techniques by perfecting the Bandeau. Bourdet later became the first dental professional to recommend extracting a patient’s premolar teeth in order to improve jaw growth and prevent teeth from crowding each other.

In the centuries since Fauchard and Bourdet, orthodontic treatment has come a long way. To learn more about the types of braces we offer and what orthodontic treatment options our orthodontist, Dr. Goodman, recommends for you, contact Goodman Orthodontics today. Whether you’re from Manhattan, Riverdale, or another neighboring New York community, we’re always happy to help you improve your smile!

Previous Article BACK TO BLOG Next Article

Thank you for your interest in our services. Please fill out the information below, and one of our team members will contact you to schedule an appointment time. We look forward to seeing you soon.